Today’s chiropractic education has an emphasis on science.

The fact is, educational requirements for today’s chiropractor are among the most stringent of any of the health care professions.

Today’s chiropractor receives a broad and inclusive education. In fact, it’s quite comparable to that received by medical practitioners.

Before acceptance to a five-year chiropractic college, prospective chiropractors must complete a minimum of three years of undergraduate work with a heavy emphasis on the basic sciences.

This focus on science continues during the first two years of study, emphasizing classroom and laboratory work in anatomy, physiology, public health, microbiology, pathology and biochemistry. Later, the focus is on specialized subjects, including chiropractic philosophy and practice, along with chiropractic diagnosis and adjusting methods. Since chiropractors don’t prescribe drugs, instead of studying pharmacology and surgery, they receive an even deeper training in anatomy, physiology, rehabilitation, nutrition, diagnosis, X-ray and a variety of adjusting techniques that aren’t taught in any other health care field.

In addition, Chiropractors do additional training outside of the classroom setting in their area of interest such as:  Nutrition, Pediatrics, Sports to name a few.

Chiropractors are also required to take 24 hours of continuing education each year.

Disparaging the educational achievements of today’s chiropractor is an outdated belief from another era.

By any definition, chiropractic adjustments are safe.

The argument about safety concerns is an example of “junk science” and a favorite by those who have an interest in discouraging people from seeking chiropractic care.

Because of the popularity of this tactic, year after year it has been the subject of countless research projects. The result of these studies show complications from neck adjustments, the supposedly “riskiest” chiropractic procedure, are exceedingly rare:

1972 – One death in several tens of million adjustments

The most recent in-depth review of the relationship between stroke and chiropractic care, was published in the February 15, 2008 issue of Spine Journal. It looked at 10 years of hospital records, involving 100 million person-years.

There was no evidence of an increase in vertebral artery dissection risk with chiropractic, compared with medical management. Based on this review, stroke, particularly vertebrobasilar dissection, should be considered a random and unpredictable complication of any neck movement, including cervical manipulation.

In other words, cases of serious injury are practically nonexistent. By comparison, it makes the deaths caused by over-the-counter-pain-relievers to be considerably more troubling! Although reports vary, annual deaths in the United States attributable to NSAIDs (Non-Steroidal Anti-Inflammatory Drugs such as aspirin, ibuprofen, naproxen, diclofenac, ketoprofen and tiaprofenic acid) range from 3,200 to higher than 16,500 deaths and 76,000 hospitalizations.9 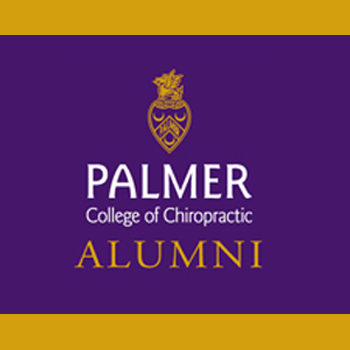